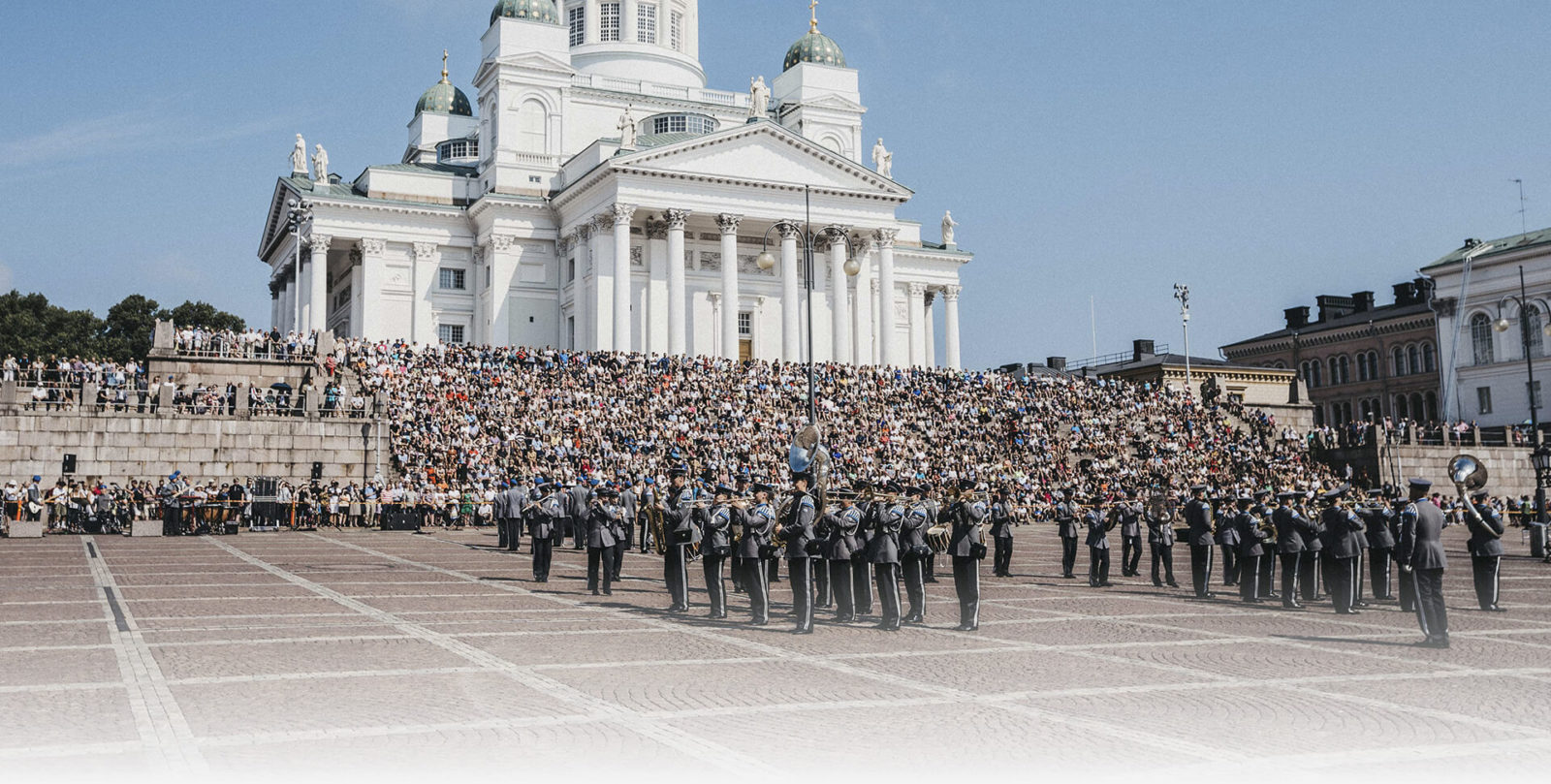 The guards parades held during the summer months are spectacular events based on a centuries-old tradition of guards parades, in which, all military orchestras around Finland take part.

The history of the guard parade dates back more than 250 years to the time of Swedish rule. The main guard was located on the Big Square, where the guard departments marched from their own barracks. During autonomy, guard shifts usually lasted 24 hours and it was always a guard parade. The guards parades were regularized at the end of May 1919 and have been an unbroken tradition ever since, with a break only during the Continuation War 1941-1942 and in 2020 due to the corona pandemic.

This year marks the beginning of the 265th year of tradition. The guard parades for the summer of 2022 will begin at Senate Square at 12:30 p.m., featuring entertainment music, pattern marches and drill commands. After this, the parade continues to march around Havis Amanda on the Esplanade to the front of the Helsinki Main Guard. From the main guard, the guard parade runs around the Esplanadi Park via Kasarminkatu to Kasarmintori, where the parade ends. After the parade, the orchestra will perform at the MIL-Espa concert on the Espa-stage at 2 p.m.