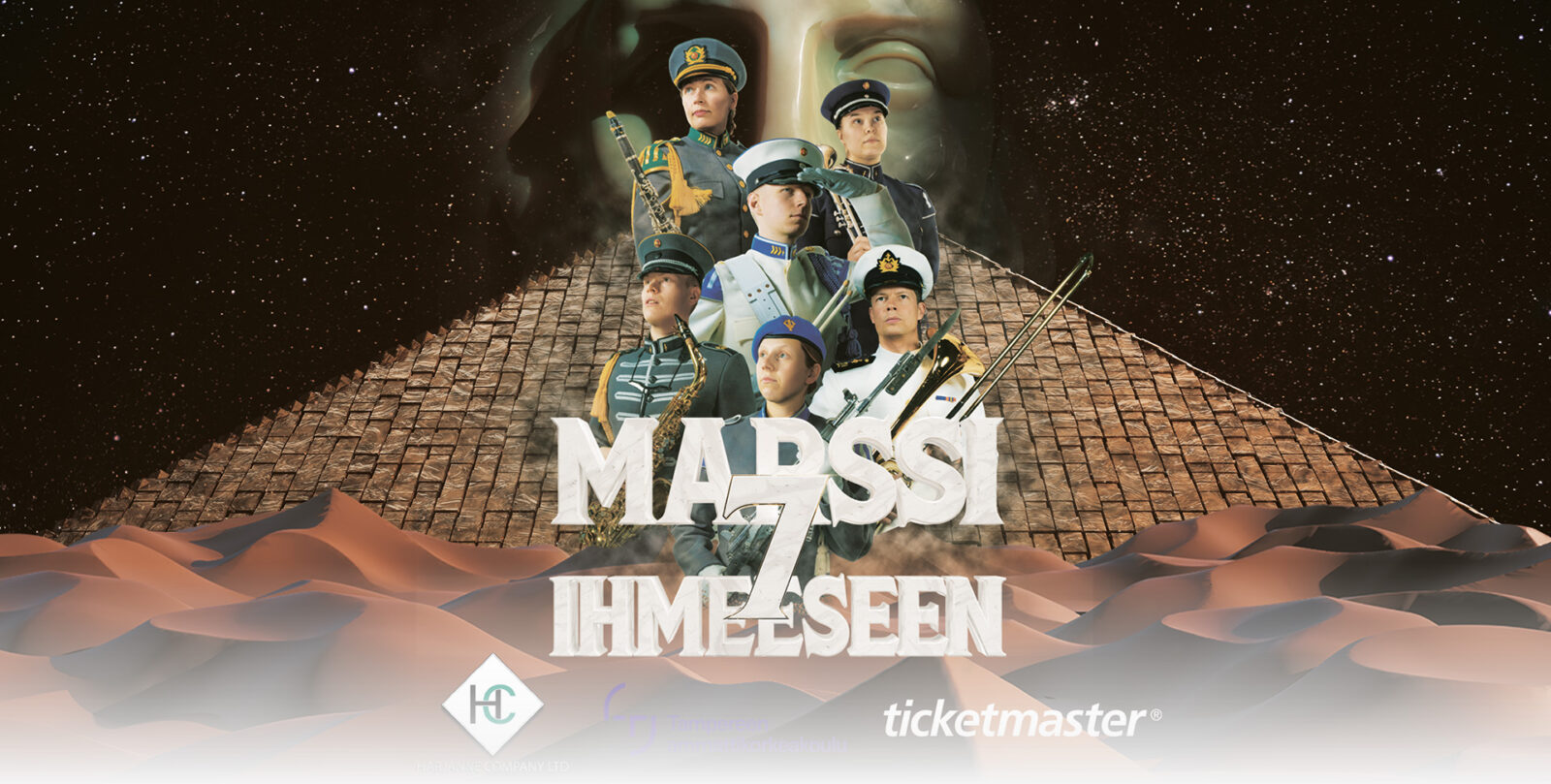 “March to Seven Wonders” to be realised in the autumn 2023 links together the worlds of military music and musical theatre in a way never experienced before.

The March to Seven Wonders spectacle opens up an exciting video game world in the setting of the Antiquity’s seven wonders in the Mediterranean region. The five main characters, who are game characters, set off to investigate the disappearance of Zeus’ statue, exploring the milieus of the seven wonders of the Antiquity.  Tampere University of Applied Sciences musical theatre students will perform as actors and vocalists.

In addition to musicians from across the entire military music  branch, children’s and youth orchestras from each locality where the show will take place will also perform on this Defence Forces’ nation-wide tour.  Youth bands including the Rantasalmi Wind Band, Rauma boys’ band (Rauman poikasoittokunta) and the Hamina and Kotka region wind orchestra (Haminan ja Kotkan seudun puhallinorkesteri) have each been assigned to perform their figure march at a given show.

The tour will be conducted at seven localities across Finland.  At each locality, the Defence Forces will offer pupils and teachers of groups free entry to matinees.