The Air Force Big Band, The Lapland Military Band and Souls of Women, The Conscript Band of the Finnish Defence Forces’ Showband 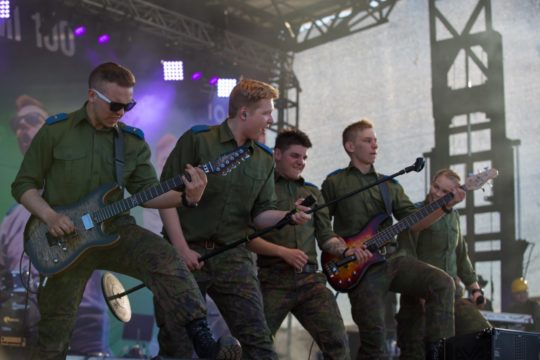 At 19 o’clock the night continues with a performance from the Lapland Military Band and the trio ”Souls of Women” by Emilia Vihanto, Iina Mutikainen and Klaara Koivunen. The trio brings an electrifying show ranging from the classics of soul music to the biggest hits of today: “It’s Raining Men” by the Weather Girls and “Think” from Aretha Franklin celebrate strong female artists and Bon Jovi medley as well as The Weeknd’s hit “Blinding Lights” energizes the audience.